A place to file your complaints. Submissions welcome. 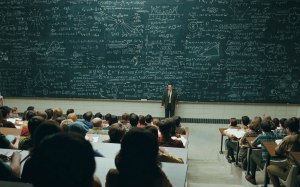 I’m an adjunct. That means that when I am in the classroom with you, I’m your professor. But when I am in the company of other faculty or administration in the educational institution under which I am employed, I am a second-class citizen.

Recently, the title “adjunct professor” came into the public vernacular with the death of an adjunct French professor at Duquesne University in Pittsburgh, PA. Margaret Mary Vojtko, who had taught for the University for 25 years, was found lying on her front lawn after suffering a heart attack at the age of 83.

Although tragic, on the surface this story seems garden variety. Old people die, and they have to die somewhere. But it’s the back story that makes this narrative especially tragic. She was living in poverty. She could not afford to maintain the home in which she lived, and was struggling to continue working through serious illnesses for which she had no health care. An account given in the Pittsbourgh Post-Gazette of Margret Mary’s life stated that even at its peak when she was lucky enough to teach 3 classes a semester and 2 during summer, she only grossed $25,000 a year. Without benefits. Shortly before her death, she was clearing less than $10,000 annually due to class load restrictions. At the time of her death, she made nothing, because they had effectively fired her by failing to renew her contract—and adjuncts are not eligible for unemployment.

Between 20-50% (some references list as high as 75%) of all professors employed to teach at an institute of higher learning are considered part-time or contingent, and this does not include graduate assistants. They take on nearly all the responsibilities of what a full-time or tenure track professor is charged with, including faculty development and maintaining accreditation standards. They make themselves available to students outside of class, even though they may not have an office. They do not, however, sit through endless hand-wringing meetings and coffee hours where decisions are made that affect their futures. They have no assurance beyond good faith that they will still be working in the same capacity for the next academic term. Frequently, an adjunct needs to work at more than one job in order to quilt together some semblance of a steady cash flow.

Let’s break it down. If you are adjunct you are likely to have:

You can play, but you have to bring your own ball at your own expense. And you better play like a big time pro. And you might be benched without warning. And the rules might change midway through the game. Oh, and you don’t get any protective gear. But no matter, you can be replaced.

How does one end up in this position? One study out from the AAUP states that the majority of adjunct or part-time educators currently working do not want a full time job. They simply wish to work adjunct and reject the idea of being tenured. It’s been my experience that nearly ALL adjuncts wish to have a full time job. Most acquiesce that an adjunct position will temporarily suffice until they can apply for a full time position. Often, institutions offer adjunct positions with the implication that it will lead to a full-time proposition.

Obviously, given the percentages, it rarely does. It’s a carrot and stick game that once you are in, it’s very very hard to get out of. It’s especially difficult if you support a family or need to care for small children. Your schedule is “flexible,” which might seem like a “work when you like!” situation, but it is not. YOU are to be flexible, which means available. This often means that adjuncts are given classes that full-timers don’t want, such as nights and weekends.

Even if we take all of the above as a given, as the price of doing business regardless of wanting a full-time position, wouldn’t any adjunct want equity of pay and decent working conditions?

The inequities are built into the system. There was a time when earning a PhD meant that you were subsidized by an educational institution as you transitioned into a tenure track. You might be teaching at the institution as you complete your doctoral studies without tuition costs, and even receive a modest stipend for living expenses. This is no longer the case, and typically “terminally degreed” hires come to the institutions with papers in hand and crushing debt having funded their education themselves.

Other educators make due with a master’s degree, hoping to find a position that supports their continued education and provides some provisions for earning a doctoral degree. The irony here is that educational institutions, which typically are hell bent on retaining their undergrads and providing sources of subsidies and support for paying students, feel that it’s not their problem when it comes to enriching those who are directly responsible for their own students’ academic successes.

To give some perspective of the cash flow difference, full-time faculty earns an average of $65,407 for 9 months of work, while someone operating in a similar capacity part-time earns and average of $11,160 annually. This statistical finding comes from the AAUP.

This firmly puts an adjunct in a position where another job is needed to make ends meet, and it also makes continuing educational and professional fees (like earning a doctorate) prohibitive. So the number of adjuncts grows, and those in tenured positions are unaware of the very real restrictions and poverty their counterparts face.

There is the misconception that if you are adjunct or part-time that you are either doing it as a hobby like a bored housewife, or that you are a loser who isn’t good enough to be employed as an educator in a more trustworthy position. To the later notion, I defy anyone to show me ALL of their tenured terminal-degree holding professors were exceptional and above reproach. Mostly, tenured professors have a reputation for being disconnected and steeped in the ivory tower of academia, sometimes to the point of not actually practicing good teaching habits.

Here are my observations: Some (not all) tenured faculty freely abuse their secured positions. I have watched tenured faculty repeatedly cancel classes, answer personal calls on their cell phones during classes, and keep their offices in a state of disarray that resembles ransacked construction sites. I have watched them arrive to teach classes disheveled and distracted, wandering in and out of classrooms. I have watched them dash off sloppy emails and letters of recommendations for their students that would embarrass any college undergrad. I have watched them focus more on the hen house of faculty interactions than what is happening in their classrooms. Short of thievery or sexual harassment, these professors are comfortably settled in for life and have very little ambition to meet professional standards.

As an adjunct, one needs to be nearly perfect—smiling, professionally dressed, organized and running like a race car. Like a any professor, you need to provide timely grade turn around, accountable grading practices and be available to students when needed. Some institutions require that you provide students with your personal phone number. You need to appear to always put the interests of the institution and students above your own and speak in a professional manner. In addition to exceptional evaluations from supervisors, student evaluations of your classes must be constantly high—You need to be popular to survive. These need to be met without fail, because you can easily be replaced. You are expendable. There is no room for human error.

In other words, you need to operate as if you have an office, hardware, software, amenities, an office phone, and no other jobs. Track record means nothing, and achieving excellence in the classroom one semester does not translate to job security for the next. Every educational institution is like this. It’s very likely that the institution that you are working for expects that you treat your adjunct position as you would a full-time job, although performance expectations are more lenient when applied to tenured faculty. That’s the cow they own. You’re the cow they get the milk from for free.

The New Faculty Majority, founded in 2009 for the purpose of improving higher education by transforming the working conditions for contingent faculty, puts it rather succinctly:

…. adjunct and contingent faculty are doubly invisible. Since we do the same work, students and their families cannot tell which of their teachers are not compensated equitably. That is, we are invisible in the sense that we are indistinguishable from any other rank of faculty.  At the same time, we are invisible in the opposite way, largely ignored by administrators and by other faculty in our own and/or in other institutions. NFM aims to change the status quo by uniting 800,000 faculty and making them distinctly visible as a coherent force in a better America.

And so this is the landscape of higher education in American, from the inside. What may look balanced and distinguished on the surface is actually buttressed by an expendable, struggling, powerless contingent workforce. We are in your classrooms presenting ourselves as stable, reliable authority figures when in reality we are straddling the poverty line. We are the paid experts in the room, mortified by our double lives, and hoping that we don’t end up in a cardboard coffin like Margaret Mary.