A place to file your complaints. Submissions welcome.

I stared into the abyss. And the abyss stared back… with phone leads.

My days of enrolling students who can barely read, and think MLK was President (true story), have come to an end. “Thank you, Jesus!” as they say, which is also a proclamation I myself used while prospecting students in the South. And I can’t believe I lasted six months. That’s actually a long tenure for this job: a predator, I mean, “Enrollment Advisor” for Aleister* University, a for-profit online university.

And I left behind a care package to whoever the next poor schmuck is that sits in my cube.

1) A giant Costco-size bottle of Excedrin to relieve constant headaches from staring at a computer screen all day, and the empty abyss wasteland that is the lead database, full of wrong numbers and people who’d pay to see you suffer. I can’t blame those poor folks. I am required to blow up their phones a minimum four times a day, which under any other circumstance would constitute harassment. All this because they accidentally clicked a link that dumped their contact info into our lead database.

Warning: the pain relief is only temporary. You will eventually need something stronger for all the times you’re banging your head against the wall, wondering why you took this job or how you got suckered into it in the first place.

Why DID you take this job in the first place? Oh yeah, false advertising! The job post read something like, “looking for a talented and student-centered Admissions Counselor,” and “Admissions Counselors are Ambassadors of Education.”  While you may have started the job with an “unwavering belief in the transforming power of education,” you’re not likely to leave that way.

It’s the biggest load of bullshit ever. They want closers. Period. People who can sell ice to Eskimos. No education necessary. In fact, I came to realize that the most successful ACs did not themselves have a degree and could therefore relate better to the prospective students they were enrolling.

Of course, you don’t find out this is a sales gig until after your two week training filled with do-goody, inspiring ideas on how you are going to be “changing lives.” Then you hit the “floor” (call center) where you are told you need to be enrolling a minimum of 5 students a week or you will lose your job. You wonder how this is even legal in a field like education. Oh yeah, for-profit, not for-students. 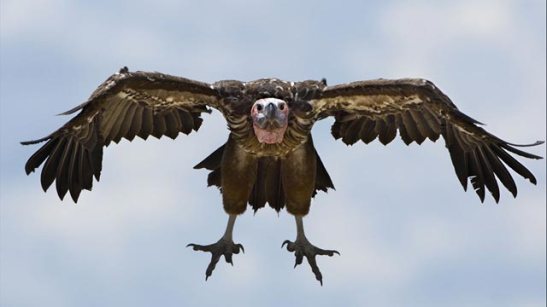 2) BevMo card for when you become an alcoholic because this job WILL drive you to drink. Your nights will be spent getting stupid as will your days due to the mind-numbing hours you spend purposefully dialing wrong numbers or phones that don’t stop ringing just so your talk time (time clocked on the phone used as an analytic) will look high to your manager.

3) Free Yoga Class card because you get one free week and your boss says it helps “keep their sanity intact” due to all the stress. Do realize (and I will borrow a medical technical term here) that they are 100%, batshit, “cult eyes” crazy (guzzling the cool aid in mass quantities), and have plastered their cube with inspirational quotes, Aleister University paraphernalia, and school color pom poms. Go team!/Barf! Your manager is pretty proud of the fact that they can put the initials M.B.A. next to their name, which was also acquired at Aleister University.

But I have serious questions about the quality of education one receives since there is a major focus on retention, which typically means dumbing things down for the students who actually bother logging in to class. Not to mention, your coworker, who is doing his MBA through Aleister (hey why not, it’s free for employees), says it’s easier than his undergrad degree from the State university, adding that he got “gentleman’s C’s” as an undergrad, but he is pulling straight A’s with little effort at Aleister. This school might as well be a diploma printing press.

4) The number of Doctor Leafgreen who writes legit prescriptions for medical marijuana because that’s the best idea you’ve had yet! Biggest perk of working here: no drug tests!

Hey, big guy. You know, nothing is sexier than a college degree!

Disclaimer: side effects of working for Aleister University may include but are not limited to hot flashes and feelings of desperation, not unlike that of a crack whore. Oftentimes, when it’s nearing the end of the day and your manager is frantically yelling at everyone to find students so they can meet their quota for your team, you do despicable things that could technically fall into phone sex operator territory, better known as “flirt to convert.”

I did this once with a student who was recently released from prison, and was eager to hear a friendly voice. Not my proudest moment. One hurdle in enrolling this particular student was that he didn’t have a computer, and he was about to enroll in online college. Of course, this minor detail didn’t much matter to the university in question. They will accept a plant if it qualifies for FASFA (government money, 95% of their revenue). This explains why they pour more money into marketing and their lobbying arm than into their degree programs.

Fun fact: Aleister also recently announced the new name of their business school, The Brand Name* School of Business. The name did not come cheap, no doubt. How does this name benefit students academically, you ask? To be determined. In the meantime, the goal is branding, people. To make Aleister a household name like Clorox and Pepto-Bismol (another item you will want to stock up on for when this job makes you sick to your stomach).

You will likely fantasize, on your morning commute, of approaching building engulfed in flames, twin towers-esque, and burning to the ground. Despite the fact that the death toll may be high, and you realize that is fucked up, that’s how much you dread it. You genuinely wonder if anyone’s ever jumped. It is quite a tall building and given the hyper stress environment it almost seems like a liability for Aleister to have more than one story above ground.

You also imagine what it’d be like to punch the lame-ass corporate mascot straight in its fucking face as it holds out its hand to high five you on one of their “Wacky Wednesday Support Our Troops Toy Drive to Help Homeless Students That We Put On the Streets After They Signed Up With Aleister, Lost All Their Money, Dignity, And Amazingly Enough, Now Have A Lower IQ.” On “College Student Fridays,” the day you’re allowed to dress like a scrubby college student, you seriously contemplate wearing your bathrobe like The Dude, a la the Big Lebowski,  ‘cause fuck it and fuck them. You long for the day they announce another round of layoffs, and pray that you will be one of the ones to go—“hello, severance!” If not, you just may pull a Katniss Everdeen and “volunteer as tribute!”

The final straw for me was when I attempted to manipulate my buddy, who I’ve known for many years, telling him that his life was in shambles, and he needed to go to college, that I was his golden ticket in. The fact that I put my stupid quota over our friendship was beyond pathetic and that’s when I said “fuck this place” and quit. I didn’t even try to get fired so I could collect unemployment unlike some of my coworkers from my dumbass team, dubbed “The Wolf Pack.” Not that I didn’t need the money, but at this point I just couldn’t stand myself in this position anymore. I felt dirty and wanted to wash the Aleister stank off me. So I said peace out to my manager, went home and showered, and never looked back. Good riddance, University of Fucktards. 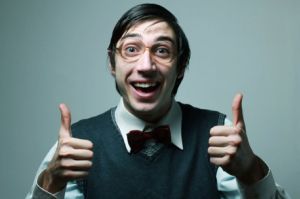 Things could be worse!

In closing, I sincerely wish you the best. You were naive in accepting this job. So here’s to you using this period as a stepping stone to finding employment elsewhere. And, bonus, you will be able to put that you have experience working with students on your resume if you do decide to stay in the education field. It will also make you appreciate the next job you land. That is, if it doesn’t suck harder than Aleister. But on the overall suckness meter, it ranks damn near the top, so chances are you’ll find a better gig. At the very least, during your time here you will meet some interesting people working in the trenches who will become fun drinking buddies to commiserate and share stories with. Bottoms up.

*Names have been changed to protect, well, everyone, really. -Editor

Flash Forward: A University Without Professors.

Invisible in Life as Well as Death.

The Charlatan in the Room: The secrets of your part-time professor.